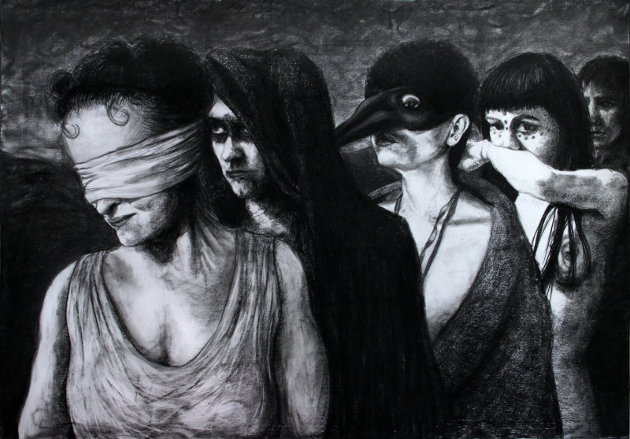 When I come to the end of a year it never feels like I’ve got anywhere as much work done as I wanted to. This year has been much the same.

I know the year has been dominated by politics, particularly the rise of the far-right in the UK, Europe, and the US, supported by Useful Idiots (by coincidence that term is often—although perhaps erroneously—attributed to a previous Russian leader), but I’m going to allow myself a short blogpost pleasantly free from all that and just concentrate on the art.