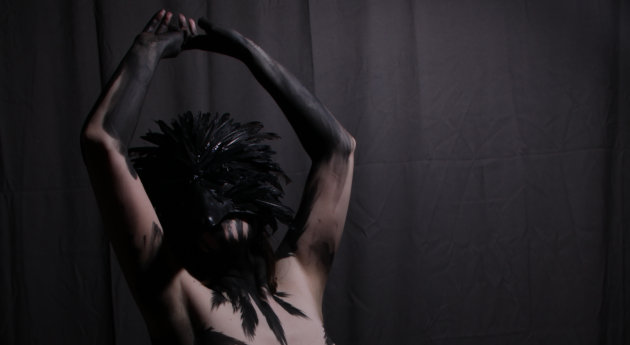 My plan for December 2019 and the first three months of 2020 was to take Acid Renaissance into new territory. It would be brighter and more hopeful, and start to signal some potential radical futures. Sometimes, though, things just don’t turn out how you expect.

Instead there emerged a series of very dark charcoal drawings (the Osis mini-series, which still form part of Acid Renaissance), followed by a period of inactivity, and then a slow, more cautious, re-engagement with photography in The Drawing Room and Murder of Crows (1). And then of course Covid-19 arrived in this country, and everything changed.

Even if I were able to employ life-models at this time, the lockdown and the general atmosphere caused by the virus would probably prevent me from working anyway. Different people will react to this situation in different ways: for me there’s a constant feeling of twitchy unease and discontent, my ability to get a decent night’s sleep — which has never been great at the best of times for the past few years, to be honest — has deteriorated. All fairly mild compared to what some people are going through, I know, but disruptive enough at a personal level.

I’ve done a few quick chalk sketches from imagination, which may or may not feed into new artwork when this is all over, and I’ve been busy with publishing issue two of Rituals & Declarations magazine. And there’s the day job that needs doing 3 days a week to bring in the money that pays for food and bills and so on.

There are plans, scribbled notes and sketches from the past few months - all frozen in the limbo we’re currently locked in:

Some of these ideas may be realised, and some may change, perhaps beyond all recognition, and some may need to be discarded because there’s never enough time for all of them, never enough days or energy or space or models or money. But that’s just how it goes.

(Some portions of this post can be found in my contribution to Rituals & Declarations magazine issue 2.)