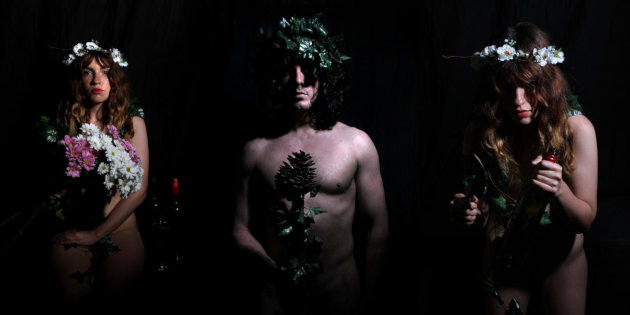 I’m continuing to experiment with the format of a blogpost as a series of minor updates. It suits the hectic task-juggling I’ve been doing lately. So with no further ado:

I’ve been working away on my Acid Renaissance series. I still haven’t found the perfect summary of what it’s all about - the closest I’ve managed to get so far is that it’s like Michael Moorcock's The Dancers at the End of Time, but with no power rings and more psychedelic socialism, in that it’s a society in which human life is not dictated by the demands of work. But this still doesn’t explain all of what’s going on.

The latest additions to the series are the Flower Child/Dionysus triptych of photographs pictured at the top of this post (available individually - see links below - and also as a set of three).

I’ll be returning to a similar theme soon with a drawing which has a working title of Bacchanalia beneath the Wind Turbines, but that won’t emerge until July/August time.

I’ve also been continuing my life-drawing using sanguine pencils and chalks with white highlights, although I’m now testing out Polychromos pencils instead of Conté pencils. The Polychromos pencils are harder and smudge far less - I’m still trying to decide which I prefer. 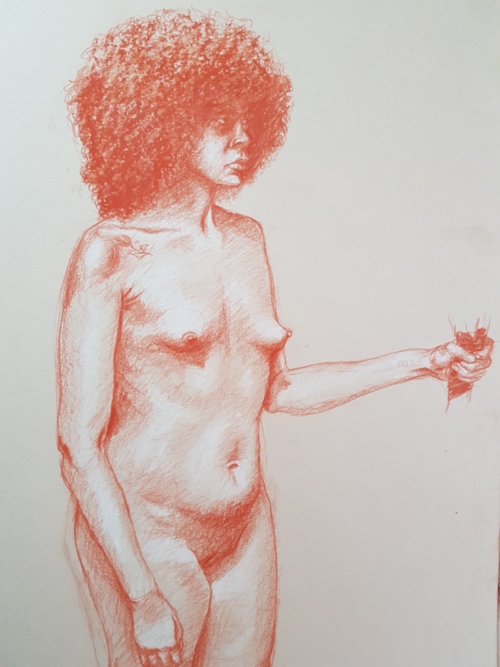 Towards the end of May I headed up to London. The afternoon was spent at Love and Angst, the British Museum’s exhibition of Edvard Munch prints and then on to the nearby Treadwell’s Books to treat myself to a book (they still have 4 copies of my book England’s Dark Dreaming in stock, in case you’re in that area!)

Then on to The Horse Hospital (via the Friend at Hand pub, where I caught up with Steve Niner and Justin Hopper, and met a whole load of other people I follow on Twitter) to see Dr Amy Hale and Phil Legard talk on right-wing entryism followed by a very wonderful gig by Hawthonn.

I’m taking a break for a week, but then I have a busy schedule, with the following Acid Renaissance pieces that I want to finish over July:

It’s going to be a busy summer, but in a good way.