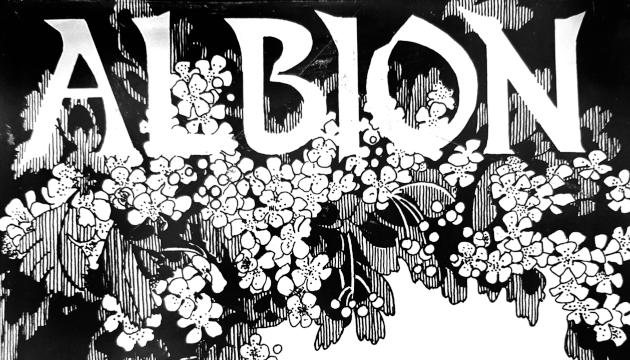 The problem with modern democracy is that it has thoroughly convinced everyone that you only get one chance to improve society every five years.

Didn’t succeed this time? You’ll have to wait another five years before you can try again - that’s the rules.

The way to start to change society is to just do it, not to wait for an election (or revolution), nor to wait for someone else to do it. There’ll be no Big Event that signals your permission to start making the world better, and even if there was you wouldn’t be able to afford a ticket anyway, as most of them would have been given to VIPs via corporate hospitality before they went on general sale.

In May 2015, a few days after the Conservatives won the UK general election, Mark Fisher posted a blogpost Abandon hope (summer is coming). At the bottom of the post he listed eight ideas for making our society better. None of them involve waiting another five years for the next general election, and none of them require you to seek permission or wait for someone else to organise something.

Individual action doesn’t solve everything. It won’t fund an under-resourced NHS so that you get the medical treatment you need, it won’t restore your lost PIP or get you the job you need to pay the rent and bills, it won’t stop industrial-scale pollution leading to climate catastrophe. But the suggestions that Fisher made start to build a better society (or smaller communities) at a very necessary foundational level that work against competitive individualism: [re-introducing] care and affection into spaces where we are supposed to be competitive and isolated … [creating] times and spaces specifically dedicated to attending to one another.

One of these was the out-of-print 1982 anarchist-utopian novel Albion by Brenda Vale, which I ordered from a second-hand bookshop. While the author is cited as Brenda Vale on the novel, a little research (by which I mean Wikipedia) revealed that she is more properly Professor Brenda Vale, an architect and expert in the field of sustainable housing (and unsurprisingly sustainable housing gets a lot of coverage in the novel). Like most utopian fiction the details of the utopian society are provided to the reader through the protagonist travelling around the society describing it with some slightly clumsy info-dumps.

Despite the clumsiness of info-dumps and/or other literary faults, fiction — or any other artform — is far better at describing, and igniting the imagination about, different potential futures than any dry political tract (or indeed blogpost) filled with jargon, references, and footnotes. That’s why even frothing right-wing libertarians spend more time trying to get people to read Ayn Rand’s terrible novels rather than pushing people to read a formal socio-economic treatise on the subject.

And clumsy as they are, Albion’s use of info-dumps does allow me to find and quote a relevant paragraph from the book more easily. This one section describes how, following the story’s premise of global oil/energy shortages, the change from industrial capitalism to anarchism happened:

Far more insidious, from the point of view of the state, was the orderly revolution that continued, noticed but unmolested, for many, many years. It was a revolution so decentralised and individualistic that there was nothing for the state to react against. The revolution ignored the state and turned to its own gardens and solar collectors, windmills and looms, bicycles and cooperatives and the state could do nothing. There were no heroes and heroines to persecute, no ruling élite and no mastering committee. There was nothing to seize and confiscate for the revolutionary propaganda was only spread by demonstration and example. The state that belonged to the Albion revolution was no more than a state of mind. When land squatting began in time of hardship then those who appeared as leaders were arrested but even then it was difficult to distinguish who was leading from who was being led. When it became obvious that without transport even the police and government were going to starve in the city then the revolution was given the respectability of an alternative solution.

So Albion is based around the idea of initially peaceful evolution to this utopia (although the book does mention food riots and other civil disturbances as part of the death throes of industrial capitalism starved of oil).

But what interested me about this description was that the foundations of the new potential future were laid by social networks and communities being built, and change happening, almost unnoticed alongside or outside the status quo rather than explicitly in confrontation to it, so avoiding both undue scrutiny and suppression.

The concept of starting to build a new potential future outside of the current social structures (while using the resources available) intrigues me. The idea of creating networks, communities (by which I mean strong social links between people rather than actual physical communities), sharing ideas and skills and expertise, setting up lines of communication (online, zines, real-life meet-ups) is a necessity for any better potential future unless you’re happy with how things are now. It is, if nothing else, a starting point for doing something worthwhile.

The illustration at the top of this blogpost is by Jean Fletcher and shows the top half of the cover for Brenda Vale’s book Albion, published by Spindlewood, Devon, in 1982.