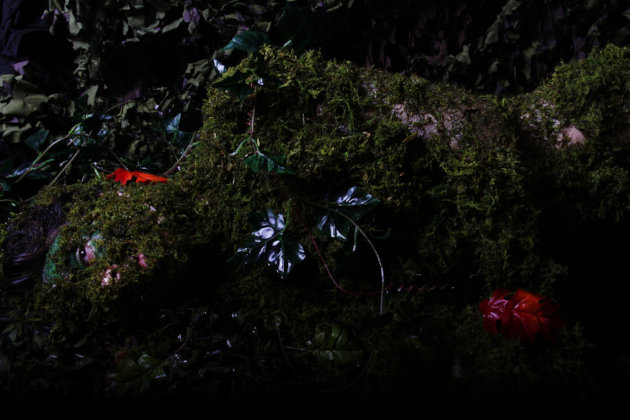 My creativity and inspiration have been very limited of late. Sometimes this just happens, and at other times there’s a definite correlation with what’s going on in the world. In this particular case I strongly suspect the latter.

While we’re certainly not suffering anywhere near the way the people of Ukraine are in these first few days of Vladimir Putin’s military invasion, it’s clear that the combination of Brexit, Covid-19, the Climate Emergency, a Conservative Government, and rising fuel and food prices are continuing to take their toll on this country. And, as always, they hurt most those who have the least, while our homegrown British oligarchs grow increasingly more wealthy.

The Guardian this morning posted a news article - Tensions rise at the £3bn Surrey estate Russian oligarchs call home - unaware of (or, at least, failing to mention) the bitter irony of a gated community for oligarchs (both Russian and British) being situated at St George’s Hill in Surrey where, in 1649, a group of Diggers including Gerrard Winstanley tried to take the land into common ownership to farm, but were attacked and driven off by the military on the orders of the extremely wealthy.

There’s a brief overview and some details of the history of ownership of St George’s Hill on Who Owns England? run by Guy Shrubsole and Anna Powell-Smith.

On the artistic side of things I did manage to get a couple of photographs taken for my Acid Renaissance series in February - both untitled (at least for now) the first photograph from the shoot can be seen here and the second here (and also at the top of this post).

The concept of a human figure overgrown with moss is one I’ve explored before back in 2015 (acknowledging the inspiration from Verushka), manifesting itself in a photograph and also a linoprint (some prints still available via that link at time of writing).

The figure in this new version feels to me more consumed by, or maybe resigned to, decay and transformation. These are a couple of photographs that have been prefigured in the form of notebook sketches two or three times over the past couple of years, so it was good to finally realise them.

And finally I did manage to get to the Francis Bacon “Man and Beast” exhibition at the Royal Academy of Arts in London on Friday to see some old favourites.