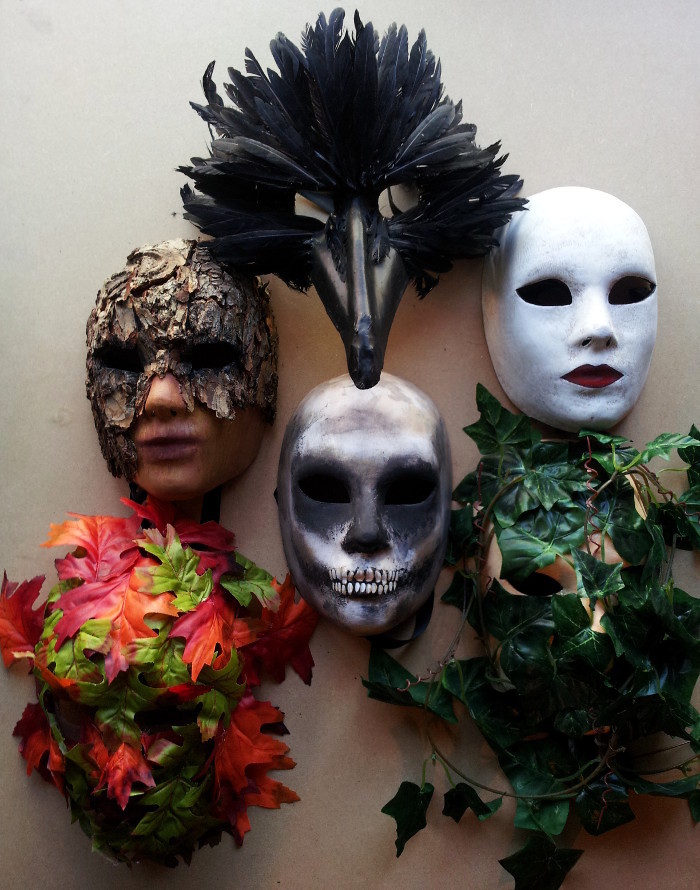 The masks were primarily made as costume/props for my photographs, but in some cases they have almost become pieces of artwork in themselves.

The earliest one is the plainest: an initial experimentation, white with coloured lips. I don’t think it works, but that’s fine, because it led to the others. 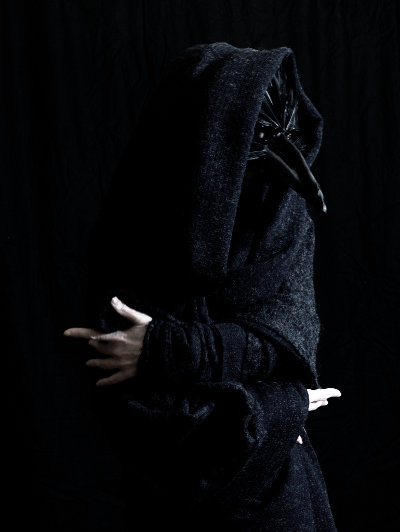 The Crow Mask was probably the most successful in terms of helping me create a lot of artwork – it was used for the Badb Catha series of photographs, which in turn led to the Badb Catha print and drawings.

I’m undecided about the Ivy Mask (bottom right) – I feel that maybe another series of photographs is needed to properly get the best out of it.

And finally the Oak Leaf mask (bottom left) hasn’t yet been used in any photographs, but I hope to produce a series of photographs using it easrly this year.