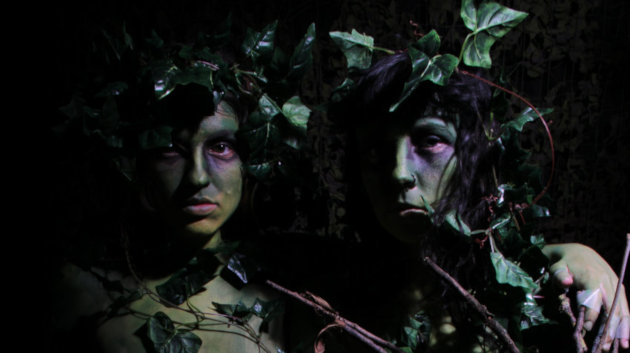 “The time for sending messages in bottles has passed. As seas toxify and rise over the shorelines, who will be left to read them? Nonetheless, we have to communicate. So we communicate. To anyone who will listen. Through the haze of wine, cannabis, SSRIs, exhaustion, overwork, climate depression, and an overwhelming anxiety at the rise of new fascisms, we communicate. Because we must. Because, for the time being at least, we are human.”

We Demand An End to Capitalist Realism from Locust Review

I have mentioned “The Weird” as a concept before, and I wanted to expand on the idea, particularly after reading We Demand An End to Capitalist Realism (which you really should read right now, it’s a great piece), the editorial for Locust Review.

The Locust Review editorial argues that:

“The default mode of free creativity, therefore, among the post-digital, post-War-on-Terror, post-Great Recession generations, is what we and other radical thinkers call irrealism; a slipstream between the reality of the current moment and the subversive fantastic, using the dark and forgotten corners as a portal between the two.

It is this brand of irrealism that collapses genres and embraces the absurd. It transposes the “real” into the imaginary, and takes as its starting point the possibility of regaining agency, that ordinary people can change the world so long as they can reimagine it.”

And this clearly describes what I’ve been struggling to put into words myself. It ties in with Elvia Wilk’s article in Literary Hub, Toward a Theory of the New Weird, where she puts forward a working definition of “The Weird” using Mark Fisher’s definitions in his 2016 book The Weird and the Eerie as a starting point:

“The weird, in other words, is an element or zone or experience that is not completely explainable according to our current structures for categorizing the world. And yet it exists: we can come in contact with it, experience it, and try to describe it, knowing description will fall short.”

This is a very clear definition of what we mean by “The Weird” in this specific context. This is not just “weird” in its common meaning of the particularly unusual and unlikely (such as a man fighting off a terrorist on London Bridge using a narwhal horn torn from the walls of the headquarters of the Worshipful Company of Fishmongers), but something that is a step outside of comprehension and possibility, something that suggests that our understanding of the world is essentially incomplete or out-of-phase with what we are encountering.

The choice of many to use “The Weird” as a way to counter Capitalist Realism makes a lot of sense. Fisher defined capitalist realism in his 2009 book Capitalist Realism: Is There No Alternative? as the widespread sense that not only is capitalism the only viable political and economic system, but also that it is now impossible even to imagine a coherent alternative to it. And if we cannot imagine (within the constraints of “the normal”) a coherent alternative to capitalism, then we need to step out of “the normal” and into “the Weird” in order to free ourselves.

There are always to think around what now seems eternal, and many of those routes to better futures are born in the arts. As Ursula K Le Guin said in her speech at the 2014 National Book Awards:

“We live in capitalism, its power seems inescapable – but then, so did the divine right of kings. Any human power can be resisted and changed by human beings. Resistance and change often begin in art.”

One of the problems of art — particularly the visual arts — is that it has become split into the ubiquitous commercial images that we are bombarded with constantly, whose every aspect is controlled by corporate marketing departments, and fine art, which is generally seen as an elitist or upper middle class interest (especially in relation to purchasing it). If commercial art is controlled by the same corporations that have created capitalist realism, and “fine art” (I dislike that term, but…) has been neatly sidelined as a hobby for the wealthy few, then how can visual art spark resistance and change?

It hasn’t always been like this as the exhibition catalogue for the William Blake exhibition — an artist whose work certainly veered into “the Weird” at times, and also into radical politics earlier in his life — currently being displayed at the Tate Britain explains:

“What is especially salutary to bear in mind is how, in Blake’s time, the art world was not as ‘distant’ from the everyday life as it may now sometimes seem to be. Broad Street [where Blake lived in the 1760s and 1770s] presents, in microcosm, something of the cultural energy of later Georgian London, the proximity and mixing of tradesmen and professionals, gentry and artists, all getting by or getting on in various ways, through making and selling, trading and investing, rents and speculations. The visual arts formed one, essentially normalised facet of this world. There were prints and pictures in the shops, the music publisher and the stationer over the road, and even [a hairdresser from the same area of London as Blake, who shot and injured his former lover] had as a friend a West End picture dealer.”

So the challenge for visual artists is to find a way to mend the wider problem of the disconnect between 99% of the British population and art that is not created for, and controlled by, corporate interests.