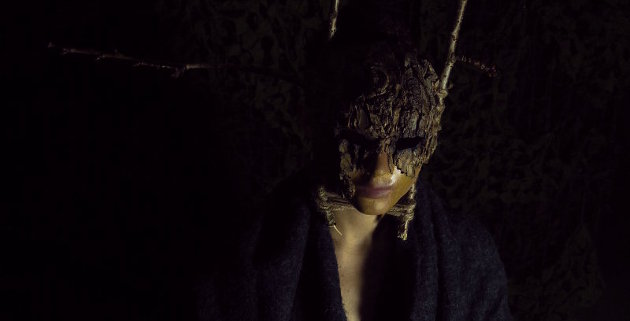 I’m typing this in a hotel lobby at the corner of Lexington and East 37th in Manhattan, and I can’t think of anywhere further removed from the subjects on my mind: wilderness, mythic archetypes, emerging progressive radicalism in left wing British politics (and increasing conservatism and nationalism in right wing British politics), rewilding, and art. Well, maybe I can get some art here at least, with a wander around some galleries after I’ve finished typing this and the New York rain has eased off a bit.

I’m in the US for a couple of weeks—a combination of holiday and a business trip for my day job—and I’ll be moving around a bit. I’m hoping this dislocation from my home in Brighton on the Southeast coast of England, will be useful in getting a new perspective on all of these subjects as I find that sometimes physical distance allows you to gain a new perspective. But as a consequence this post may be a bit disjointed—jet lag may play its part in that as well—but I’m going to write it in sections along the way and post it when I’m back home in Brighton.

So let me ignore these archetypal yellow New York taxi cabs passing by the window and start by looking at a different sort of archetype. In his introduction to Ancient Greece, Modern Psyche: Archetypes Evolving Jungian analyst and psychiatrist Thomas Singer states:

Our editors at Routledge charged us with the job of making clear to the reader why we think that the study of myth is relevant to contemporary psyche…I take the view that archetypes are elastic and shape shifting, that they … have a home in the brain’s circuitry as well as psyche’s thread. Archetypes evolve as culture evolves…

I like to think of the modern world and its multicultural psyche as being engaged in a process similar to the biology of recombinant genetics in which parts of DNA strands exchange genetic information to create new DNA sequences. I have called this phenomenon “recombinant visionary mythology” in which bits and pieces of archetypal material from different cultures are reshuffled to create new mythologies.

I only have a passing knowledge of Jungian archetypes, but I do like this idea of "recombinant visionary mythology" with archetypes and myths evolving, mutating, and breeding over time to produce fascinating new forms and offspring. It fits in very neatly with my recent artwork where I’ve been thinking about and creating new myth figures rather than depicting characters from existing historical and prehistorical myth.

It makes me think of a myth character who not only changes and adapts over time, but also as they move geographically, their characteristics and appearance (and their inherent tales and role) changing as they cross the boundary from one culture to another. But cultures aren’t solely bounded by the geographic these days: (sub-)cultures are geographically distributed in a globally networked world, existing at some sort of perpendicular intersection to the geographical.

This example mythological character would be in a constant state of flux as they interacted with different people whose archetypes were drawn from different cultures, both geographic and networked. The myth itself would be in a constant state of inbetweeness, forever on the verge of becoming and never being one thing or another. Existing in a state of constant liminality may seem to be a contradiction in terms, but it may be a contradictory concept that we have to get used to.

One common view of much visual art is that it freezes a snapshot in time. This effectively eliminates liminality. By isolating a single moment it comes adrift from its timeline, and since liminality is perceived as a temporal process, a changing of state over time, a still picture cannot capture liminality.

Eadweard Muybridge could be the first photographer to try to break this deadlock, and his series of sequentially triggered photographs inspired other artworks such as Marcel Duchamp’s Nude Descending a Staircase. The invention of moving image technology created even more freedom, but even with these new approaches I don’t know if it’s ever possible to really capture the liminal: even with film or video, the liminal is what happens between the frames. It all ties in with Schrödinger’s famous thought experiment: liminality breaks down when it is perceived, when the quantum wave function collapses.

Liminality interests me because it is a state of massive potential and ambiguity. Once the transition through the liminal phase has been completed then that potential is spent and the ambiguity is lost. I use the term liminal with some reservations because it’s loaded with baggage from various academic tribes. I tend to prefer the term interstitial because it doesn’t carry the same baggage. The term interstitial is generally applied to the physical world, but has taken on some of the definition of liminal as well.

And that brings me to these interesting political times in which we live in Britain, as we transition from the two/three party system that has held for so long into… well, I don’t know what it will turn into because we’re still in a liminal phase, full of potential, and the outcome is yet to be determined.

This is the election of a new British left – the anti austerity parties are making the running. Or rather, the SNP is. There really is a radical mood in these countries, and forces have woken up that traditional Westminster or the mainstream media or perhaps we ourselves can’t comprehend. We’re not necessarily who we thought we were.

Jonathan Jones - Something new is happening in British politics. This image captures it.

In my last blog post about Robert Macfarlane’s article on the English eerie I wrote about the similarities I perceived between the current splintering of the British political mainstream resulting in an increase in progressive radicalism and the explosion of radical political and social thought that occurred around the English Civil War. Jonathan Jones’ article in The Guardian Something new is happening in British politics. This image captures it is an interesting one because he’s the Guardian’s art correspondent rather than a political correspondent, and his take on the recent election debates is curiously refreshing and rich in mythological references.

When I talk of myths here I’m not just talking of classical mythology. I’m also talking about myth in the wider sense of the word which includes codes of honour and behaviour. As an example, the first chapter of Ancient Greece, Modern Psyche: Archetypes Evolving contains a great example of a soldier in the Second World War who measured himself against the myth of an honourable soldier, an archetype whose origin can be traced back to Ancient Greece (and which probably predates that by many centuries), but whose characteristics and specifics have evolved over the centuries as cultures and societies have changed. A myth in this sense is an exemplar for how to conduct yourself and what standards to uphold. It is how you would like others to think of you.

A prime literary example of this is the character of Christopher Tietjens in Ford Madox Ford’s Parade’s End tetralogy and his determination to act honourably (in accordance with his own myth template of honourable behaviour) in the face of his wife’s deceit and betrayal, and the bloody horrors of trench warfare.

I picked up a book a few months ago called The Immanence of Myth - a collection of essays and stories which called for a new mythology. But we’re surrounded by new myths and already creating new ones, albeit ones without gods and monsters. It did make some good points, though, particularly around the modern definition of myth as being something that is not true. This modern definition makes it difficult to talk about myth: a fascination with myth is misconstrued as a belief in the literal existence of mythological heroes and monsters, gods and goddesses. These are just the trappings of myth, fictional plot devices. Myths do not describe the world as it is, they describe how to conduct yourself in the world.

Myth characters, though, are fascinating things. While the point of most myth is about conducts of behaviour, the characters act as references and ciphers, and their ever-changing forms and attributes provide clues to the changing cultures. You can reverse engineer a society from its myth characters. And so what happens when you create myth characters as blank slates to be imbued with their myths by the people who see their images? What modern myths can be constructed from a set of characters? What archetypes will emerge, and more importantly how will these archetypes have evolved from their older forms? How will Singer’s "recombinant visionary mythology" process have affected the archetypes? Given Singer’s DNA metaphor, is this genetic engineering of myth, and if so, what are the consequences of playing (with) god?

Jones, J. (2015, April 17). Something new is happening in British politics. This image captures it. The Guardian. Retrieved from http://www.theguardian.com/commentisfree/2015/apr/17/tv-election-debate-new-british-politics-image

Note: A version of this blog post has since been published, along with others on the subject of myth and the “English Eerie” and pieces of my artwork, in my 2016 hardback book of art and writings Myth and Masks, available exclusively from our online shop.