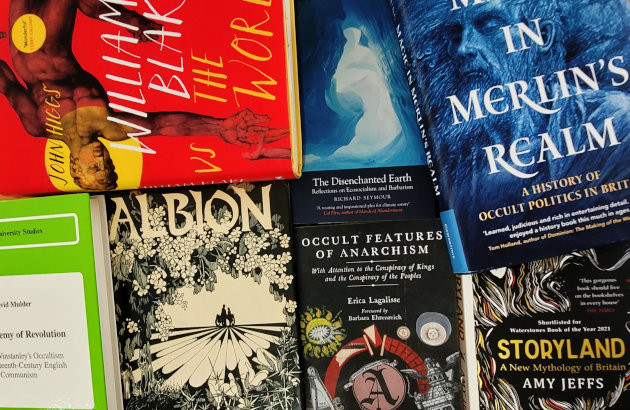 Since 2019 I’ve been reading various books which all seem to circle around the themes and ideas that make up my Acid Renaissance series of artwork. This will be the thirtieth blog post I’ve written that is tagged as Acid Renaissance, and in many of the previous ones I’ve mentioned books that I’ve been reading that have helped inform the artwork and my thinking about it. They’ve covered subjects such as politics (particularly Mark Fisher), the Gothic, poetry (Shelley’s Queen Mab), and utopias.

While the creation of my previous series, England’s Dark Dreaming, also involved quite a bit of background reading and research, creating the Acid Renaissance series seems to have taken that to a whole new level. No one single book covers the interdisciplinary warp and weft of subjects that make up the fabric of the series.

For example, some of the books I’ve read or re-read for my Acid Renaissance series over the past month-or-so include:

Creating artwork which is trying to say something, particularly something which is unwritten (probably unwritable otherwise I’d just write it down) and resides in the interstitial spaces between various disciplines and subjects needs, at least for me (again, I’m speaking purely from my perspective here), the background reading and research as both framework and stimulus.