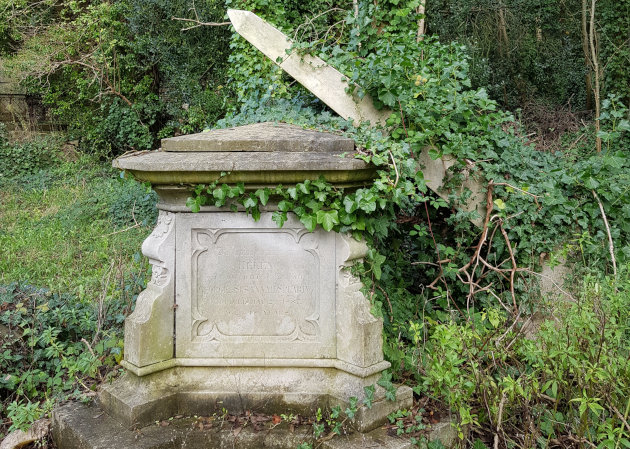 I’ve lifted the term “post-apocalyptic pastoral” from a book review by Goodreads user Terry from Toronto who effectively seeded my reading list by citing Richard Jefferies’ After London: or, Wild England (1885), Edgar Pangborn’s Davy (1964), Richard Cowper’s The Road To Corlay (1978), and John Crowley’s Engine Summer (1979) as examples of this setting. So first, thanks go to Terry for starting off my reading list.

The only books I could add to that list at the moment are two personal favourites of mine: Mary Gentle’s Golden Witchbreed and Ancient Light, although they take a slightly different approach and might not be quite in the same vein.

In one of his reviews Terry provides his definition of the “post-apocalyptic pastoral”:

This is a story in the post-apocalyptic pastoral vein, a subset of the genre that I am finding is a lot more common than I had at first realized … In essence we see the world long after a disaster of some kind has laid waste to our society, but while the horror of that event is not diminished, the resulting world is often seen as the chance to start again and perhaps correct the mistakes of the past (or alternately relive them if the tragic mode is adopted). The apocalypse has, in effect, allowed us to start again with a more or less blank slate and thus there is a pervading optimism underneath the implied pessimism of the genre.

This works very nicely as a working definition for me.

I’ve only just started reading through the books (or re-reading in the case of Cowper’s The Road To Corlay, which I vaguely recall reading as a teenager), so the following is not a review of the books mentioned, but rather some musing on the post-apocalyptic pastoral as a concept, and how it ties in with where we are now.

My interest in the post-apocalyptic pastoral stems from something that I thought about a lot in 2019: the need to start imagining positive and radical new futures to inspire real-world socio-political change (see No one dreams of England’s future any more and The Ghosts of Christmas Futures for my initial thoughts from late 2018).

I’ve already ranted against back-to-the-land utopias as a basis for any future vision for Western society, but I think it bears repeating:

I’ve said before that we need to radically re-adjust our relationship with the climate and the environment, but I don’t subscribe to any back-to-the-land fantasies. While ditching the technological advancements of the past few hundred years might be survivable (in the short term) for able-bodied people like myself, many people — because of disability, health issues, age, or other reasons — rely on modern technology, 24 hour electricity and heating, transport infrastructure etc. to survive on a daily basis. To pursue some sort of anti-technology pastoral utopia is to deliberately condone the brutal extermination of millions of people. There’s a word for that sort of behaviour.

Back-to-the-land pastoral utopias — that effectively brush aside the genocide of millions as an unfortunate or unmentioned requirement — are rarely forward-looking, but rather a dubious nostalgia for a mythical Deep England. But it’s certainly true that we need an immediate and radical society-wide change to stop and reverse the deep damage that is being done by rampant industrial capitalism.

The extent of the apocalyptic scenario that is now unfolding seems to grow every day. Maybe that’s because I’m only now starting to belatedly learn what some people already knew. As we watch the fires engulfing Australia I start to wonder whether it’s too late to do anything, but I am an optimist at heart, or at least I think that it’s always worth trying to fix something, to make something better, rather than give up.

Yesterday I read Unearthed, an article by writer James Bradley for the literary magazine Meanjin, which clearly laid bare the extent of the problem, and how it will get much worse before it can get better:

Worse yet, the arithmetic of climate change is utterly inexorable. The planetary processes that regulate atmospheric carbon dioxide and the climate are vast and slow, meaning the effects of our actions take time to percolate through the system. In other words, the disasters of the past summer are not the result of the emissions released last week or last year, but those released decades ago. Likewise, the impact of the greenhouse gases we are releasing today will not be felt for a generation or more.

So the apocalypse is already unavoidably here, starting, like New Year celebrations, in Australasia and spreading across the rest of the world as time passes. Our action now will only affect its duration and its depth, not its inevitability.

Importantly, in his essay Bradley also takes care to warn against back-to-the-land pastoral utopianism as a solution:

At the heart of both lies an ethical vacuum and an indifference to the fate of billions of human and non-human lives that I find abhorrent … I am also deeply suspicious of the brand of environmental thinking that simply turns its back on these questions. Paul Kingsnorth is correct when he writes ‘our stories are cracking: the things we have pretended to believe about the world have turned out not to be true.’ But while there is no question his work and that of others who share his outlook offer a vital and profoundly troubling counter-narrative to modernity, demanding we engage with the impermanence of all human cultures and the occluding fantasy of progress, there is also an unpleasantly reactionary sheen to its barely sublimated misanthropy. To speak of ‘uncivilisation’ or to treat a return to pre-industrial conditions as not just inevitable but desirable in a world in which more than half the population lives in cities is petty at best and grotesque at worst.

So we need to imagine something completely new: the answer is clearly not a continuation, or even a slight reduction, of industrial capitalism, but nor is it a pre-industrial utopian fantasy — some eco-fascist version of a Renaissance fair — in which millions of (the most vulnerable) people would die.

And as usual Mark Fisher’s summary of capitalist realism — the widespread sense that not only is capitalism the only viable political and economic system, but also that it is now impossible even to imagine a coherent alternative to it. — makes imagining that new thing so difficult.

As I’ve mentioned here several times over the past 12 months or so, visions of optimistic radical futures used to bubble up from the arts until the early 1980s, typically through television and literature.

And so, to bring things back to what I was talking about at the beginning of this post, I’m wondering whether we’ll see a resurgence in the post-apocalyptic pastoral. Most importantly, can it avoid back-to-the-land fantasies and actually start suggesting a new way of living, ways that are not so much constrained by the post-apocalyptic pastoral, but probably better described as post-apocalyptic post-industrial. This doesn’t mean abandoning a radical change in our consumption and our relationship with the climate and the environment (and by “our” I mean not just on an individual basis, but more importantly on a corporate/industrial basis) - such a change is absolutely necessary.

Unfortunately, as I am starting to realise, we don’t have much time in which to work out what we need to do and how we need to live.