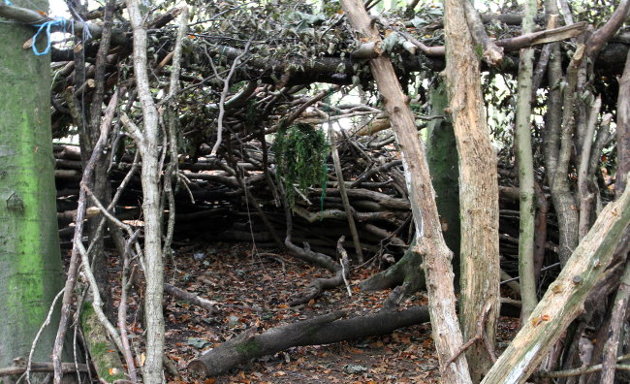 Yesterday I posed a question on Twitter as a short thread that I’ll reformat here for easy reading:

I’m trying to put together a vague explanation for the increased use—by artists (such as myself), writers, musicians, filmmakers, etc—of a particular view of Britain that is simultaneously modern and also explicitly cognizant of the deep past. It includes the “Folk Realism” writing that David M. Barnett identified as well as David Southwell’s HooklandGuide, the film work of John Harrigan/Foolish People, music by the likes of Hawthonn, the Hare and the Moon, and many others.

It’s not “folk horror” and it's not “psychogeography”, although I recognise that both of those can overlap with some (but not all) of it. It’s not a simple re-hash of 70s TV like Children of the Stones (and many others), although that too sometimes get cited as an influence. It touches on Deep England. It touches on the Gothic. But it is not any of these things alone. Your thoughts, as always, are most welcome.

The article below is a summary of my thinking on the subject, informed by the helpful responses I received. I have not reproduced all the responses - they can be viewed on Twitter by following my initial thread.

I have not used embedded the tweets below because I’ve found that if you have more than a small handful of them on a page then they take too long to load and keep reformatting the page while they load, but all quoted tweets are linked. A few times I have also combined multiple tweets from the same person into a single block quotation for easier reading.

And a final warning before you start: this post’s a bit all-over-the-place in terms of structure and thought process. My main concern was to get it all recorded rather than present a perfectly-structured article.

Dr Emily Whitaker pointed me towards Mark Fisher Particularly on ruination as a present holding a past which didn't quite become a future.

Hauntology seems to be haunted by many different definitions so for the purposes of this article I should clarify that I’m using Fisher’s definition of hauntology, to describe:

a sense in which contemporary culture is haunted by the “lost futures” of modernity which were purportedly cancelled in postmodernity and neoliberalism. Hauntology has been described as a “pining for a future that never arrived;” in contrast to the nostalgia and revivalism which dominate postmodernity, hauntological art and culture is typified by a critical foregrounding of the historical and metaphysical disjunctions of contemporary capitalist culture as well as a “refusal to give up on the desire for the future.”

(Apologies for using Wikipedia for a definition, but this is a blog post, a public-facing studio diary, not a peer-reviewed academic article)

I’m being cautious with definitions because “hauntological”, especially when used to define certain types of music, seems to be a slippery term. In The Oxford Handbook of Music and Virtuality Dr David Pattie defined the hauntological music released by the Ghost Box record label as:

a nostalgia for a future that never came to pass, with a vision of a strange, alternate Britain, constituted from the reorder refuse of the postwar period … its nostalgia isn’t for a lost country, but for a country that was never quite there.

The first part of this quote is clearly in line with Fisher’s working definition of hauntology as a future that never arrived, but the second part (and some of my own experiences listening to music from this label) seems to stray from this definition - instead of exploring a future that never was, it seems more about viewing the past—particularly the cultural past of Britain in the late 1960s and 1970s—through a nostalgic mirror that accentuates the unheimlich aspects.

This shouldn’t be read as taking away anything from the music in question, but is solely to serve to clarify the definition of hauntology that I’m using here, which is about a lost future, not an eerie past. This is particularly important as I’ll be talking about nostalgia later.

The word hauntology was the overused word du jour on certain websites and newsletters in the first decade of the 21st Century, but its use in those quarters seemed to decline after it got picked up by mainstream media around 2011 (even though it never became a popular mainstream concept).

Hauntology now tends to be snarkily summed up as where’s my flying car/jet pack: the ghost of the unrealised future of mainstream 1940s/50s science fiction haunting the present; the failure to deliver the chrome-plated space age future we were told would be ours by the 21st Century.

But, moving back to the point in question, I think this particular ghost of a lost future is born of 1970s post-hippy TV (and here, despite what I wrote about music earlier, there are some obvious ties with the unheimlich elements of British children’s TV of the 70s) followed by an adolescence of post-punk music, rather than the failed arrival of the futures promised in the 1940s/50s.

The childhood influences of Doctor Who, Sapphire and Steel, Children of the Stones, the Box of Delights, and all those other eerie/weird/folk horror/whatever-term-you-choose television series followed by teenage years shaped by Joy Division, the Fall, the Sisters of Mercy, New Model Army et al created a very particular promise of what the future would be like. Please note that, for these purposes, many of these TV show names and band names can be changed to match your own personal experience, but the effect of idealistic hippy enchantment (with a touch of the weird) shot through with a darker post-punk sensibility should be similar.

However here we are in 2018 - in an increasingly insular and angry country where a sizeable chunk of the previous generation have managed a land grab bigger than has ever been seen before, left us with a particularly predatory form of capitalism, then all taken an early retirement that the rest of us are having to pay for by working into our late 60s.

The slogan “never trust a hippy” has never seemed so apposite (yeah, yeah: “not all hippies”). We want the future we were promised, not this land of racism, stupidity, and greed.

The reaction amongst some artists, writers, musicians, and filmmakers seems to be some form of re-enchantment.

Re-enchantment (is resistance) in Deep England

In my blog post Re-enchantment, Metaphoric Density, and Deep Myth in January 2017 I described “a desire for metaphoric density in art, writing, music, and the world around us” which could be paraphrased as re-enchantment. And for me this re-enchantment is deeply entwined with wresting the myth of Deep England out of the hands of the conservative/far-right, and reshaping it (amongst other things) to mould the future into the more progressive, empathic, and layered future that we were promised.

Of course, this on its own is not going to change the balance of power, but it can help to change the shared social myth, the “national narrative”, to one where the path towards this future is signposted and clear.

As you know, for me, part of it was a knowing that given the way the national narrative was going, this vital space was going to be a prime land grab for fascists. Hence re-enchantment is resistance.

A point backed up by John Harrigan, writer and director for Foolish People:

Re-enchantment is at the heart of the work I’m undertaking too. I agree one hundred percent with [David] that it’s vital we don’t permit racists/fascists to pervert the landscape of Britain. Be it mythic or mundane.

I won’t revisit my thoughts on re-enchantment or the myth of Deep England here as they’re covered in my two blog posts linked to above, and both of them were reasonably lengthy pieces for the medium.

I just want to flag up some of the wider points made by writers and artists, all of which I agree with and think feed into this:

Putting my landscape archaeology head on for a sec, it seems to be a reaction against WG Hoskins' approach in The Making of the English Landscape, his neutralising of the landscape, and particularly his creation of the countryside as a place with a single narrative, and an attempt to get to deeper stories of place that are complex, sometimes conflicting, and often varied.

For me, I think it's two things. First, I'm all about searching after meaning and depth on the world. Christianity has never really cut it, and I'm drawn to mystery over rules and facts, so dig deep into the relationship I can have with the land under my feet, and it's history. Second, it is about grief. Our land here is so industrialised. So human managed. There is nowhere we haven't bent the land to our will. And I feel the loss of something in that. An ache for something more weird and wild. Less controlled. I love the arcane for the same reason. Because we've domesticated ourselves and our minds as much as we've domesticated the land. I want to loosen those shackles a little.

A guess. Climate change (which seems too big to a problem to stop) and an economy that most highly rewards the invisible transfer of assets (stock market) and the creation of ephemeral things (apps/devices that constantly need upgrading). We feel out to sea. So many are seeking something to ground us. Yes, nostalgia, but a reaction to the dissonance caused but the economic and climate changes (I think it’s very disturbing on a deep instinctual level to experience weather patterns that “aren’t right”)

I don't want to make it sound reactionary, but I think there's a desire to escape competition and commodification and that has involved looking back. Folk art is communal and authorless to an extent, and from a time when more was held in common

Tim Marlowe and Ben Austwick both mentioned nostalgia/looking backwards, and I think that needs to be addressed. They weren’t the only ones:

Nostalgia cycling. Guessing, but I think we reach a point in life where we get a bit nostalgic. Our generation is reaching that point, so things like Children of the Stones are surfacing again. That in turn feeds into what people are currently making.

As I alluded to earlier talking about “hauntological” music, it’s a small step between exploring a yearning for a “lost future” described to us by 1970s British Culture and making work that draws on the audio soundscapes of the BBC Radiophonic Workshop as a primary influence. Nostalgia is something that needs to be avoided, both in the arts and in thinking about how this country’s future should be.